A Scientific Proof of the Existence of God 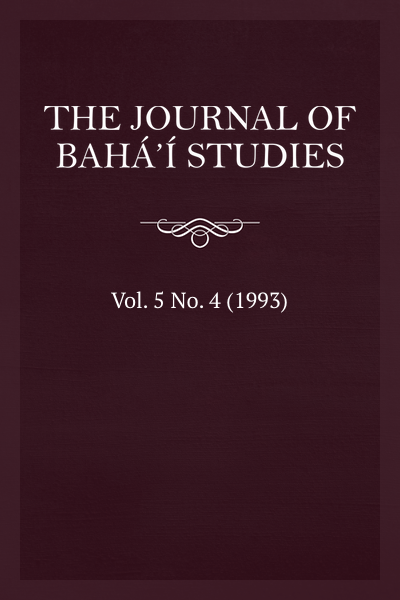 Of the various systems that we can actually observe in the physical world, some (e.g., the movement of small dust particles suspended in the air) appear to be perfectly random (or chaotic); whereas, others (e.g., the growth of leaved plants) exhibit a high degree of order and structure. Whenever scientists encounter a phenomenon or system that exhibits a significant evolution towards order, but without any observable reason for such movement, they suspect the cause to be the objective action of some unseen force (e.g., the unseen force of gravity that, in the presence of a large mass like the earth, causes the persistent downward movement of unsupported objects). Using this method, modern physics has now validated the existence of at least four basic forces (gravity, the strong and the weak nuclear forces, and electromagnetic force), and continues to examine the possibility that other, hitherto undetected, forces may exist. In 1921 ‘Abdu’l-Bahá presented a cogent scientific argument for the existence of an objective, unseen force as the only reasonable explanation for the phenomenon of biological evolution. In the years since ‘Abdu’l-Bahá’s proof was first published, the findings of science have tended to show that, indeed, the phenomenon of evolution represents a persistent movement from disorder towards order of the kind that strongly suggests the action of some unobservable force different from all other forces so far discovered. In this article, we present a somewhat detailed reformulation of ‘Abdu’l-Bahá’s argument using certain contemporary scientific terms that were not current at the time ‘Abdu’l-Bahá wrote.

(1994) William S. Hatcher is a mathematician, logician, and philosopher who currently divides his time between his duties as professor of mathematics at Laval University in Quebec City, Canada, and his activities as visiting researcher in logic at the Stelkov Mathematical Institute of the Russian Academy of Sciences, St. Petersburg, Russia.