The Word "Baha": Quintessence of the Greatest Name of God 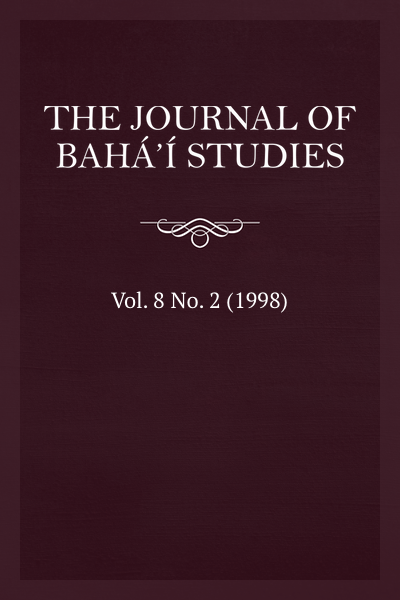 This article is a revised version of one previously published in the Baha'i Studies Review 3.1 (1993)

This article is an attempt to explore some linguistic, historical, and theological aspects of the Arabic word baha, which is viewed by Baha'is as the quintessence of the greatest name of God, one form of which is the title Baha'u'llah. Considered alone, the word baha, is a verbal noun meaning, among other things, "beauty," "excellence," "goodliness," "divine majesty," radiant "glory," "splendor," "light," and "brilliancy." There exist a wide range of other nominal and verbal senses also. It was at the 1848 Babi conference of Badasht that Mirza Husayn-Ali Nuri (1817-1892), the Founder of the Baha'i Faith and a one-time leading Babi, bestowed a new name upon each of the 81 (=9x9) participants. He Himself, to quote The Dawn-Breakers (Tarikh-i-Zarandi), "was henceforth designated by the name of Baha" (293). Baha'u'llah thus, from very early on--while outwardly a leading Babi or Sufi dervish--sometimes used the word/title (Jinab-i) Baha as a personal designation or proper name. It shall be illustrated below that the word baha was a term of considerable importance in Islamic and Babi literatures. On occasion, it occurred in contexts that had, or came to be interpreted as having, prophetic and messianic import.