Language and Universalization: A “Linguistic Ecology” Reading of Bahá’í Writ 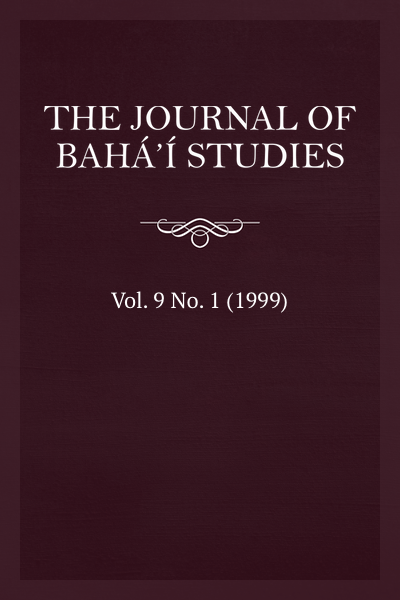 In this article, interpretation of Bahá’í writings regarding language, cultural diversity, and worldwide communication leads to the seemingly paradoxical position that the promotion of linguistic minority rights in must coincide with promotion of an International Auxiliary Language (IAL). Opposing trends toward increased globalization and growing nationalism are noted and their concurrence explained. The notion of “cultural justice” is expounded and the unregulated global spread of English today critically assessed in its light. By contrast, from the perspective of Bahá’í writ, IAL emerges as a language intended to facilitate worldwide communication without unduly impinging on humankind’s native linguistic traditions. Thus, Bahá’í writings appear to support a worldwide linguistic ecology better planned, more equitable, less prone to precipitous change, and more cognizant of the singular role of language in humanity‘s individual and collective identity.

Gregory Paul P. Meyjes, assistant professor of German and French at North Carolina State UNiversity (NCSU), holds a doctorate in linguistics from the University of North Carolina at Chapel Hill (1995), as well as degrees and certificates from other academic institutions in Heidelberg, Germany; Lancaster, Oxford and Essex, the United Kingdom; and The Hague, Netherlands. While in Lancaster, he wrote his master's thesis, "The Choice of an Auxiliary Language for the World: Perspectives within the Context of Contemporary Linguistics." Since joining the faculty at NCSU in 1990, he has developed seminars on the challenge of societal multilingualism and the identity of cultural minorities, and received a post-doctoral assignment through Harvard's Kennedy School of Government (1995) researching language poicy in post-independence India. Currently on a Fulbright Award to West Africa, his agenda includes the completion of his research On India, a book on the role of Creole in the French Antilles, and several articles on his foremost professional interest--the International Auxiliary Language.