Táhirih: A Religious Paradigm of Womanhood 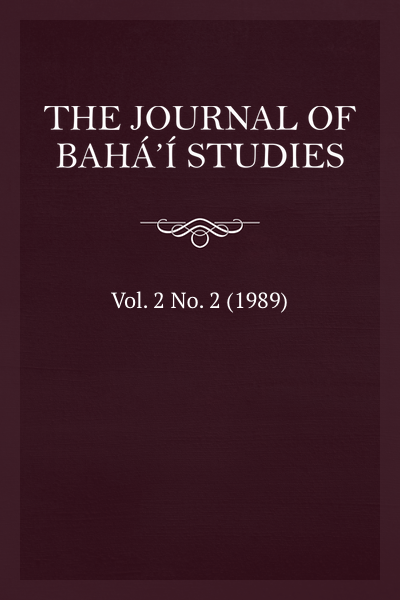 Every religion has had its paradigm of the “ideal” woman. In Hinduism this has been Sita, the perfect wife who remains faithful to her husband at all costs. In Christianity the most eminent woman is the Virgin Mary, symbol of motherhood. Islam has Fátimih, Muhammad’s daughter, who figures in the role model of mother, wife, and daughter together. Táhirih, the archetypal paradigm of womanhood in the Bahá'í Faith, presents a startling contrast to the
former models. She is remembered by Bahá’ís not as the typical wife, mother, and daughter but as the courageous, eloquent, and assertive religious innovator whose actions severed the early Bábís from Islam completely. This paper will first examine the biographical details of Táhirih’s life, focusing on her years as a Bábí leader from 1844 to her execution in 1852. Then it will explore Táhirih’s meaning as a paradigm to writers in the Middle East and in the
West, both to Bahá'ís and non-Bahá'ís. But most especially it will look at the meaning Táhirih has for Bahá'ís in their perceptions of what a woman ought to be.