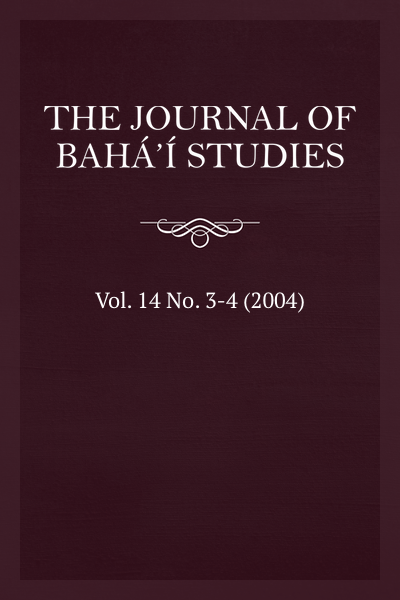 This paper begins by discussing the concept of detachment in Bahá’u’lláh’s Writings, particularly in the Tablet, Words of Wisdom. It then applies this concept to Doris Lessing’s Sufi-inspired novel, Shikasta, which uses the genre of space fiction to defamiliarize the reader’s response to the coming of a new prophet to a troubled late twentieth-century planet—a dystopian version of Earth. Using four characters in the novel, whom I correlate to the four levels of detachment found in Words of Wisdom, the paper traces the struggles of the characters to gain various levels of detachment. In the process, the paper explores the barriers that stand in their way and analyzes the reciprocal relation between detachment and attachment and service to the new prophet.