Socrates’/Plato’s Use of Rhetoric: A Bahá’í Perspective 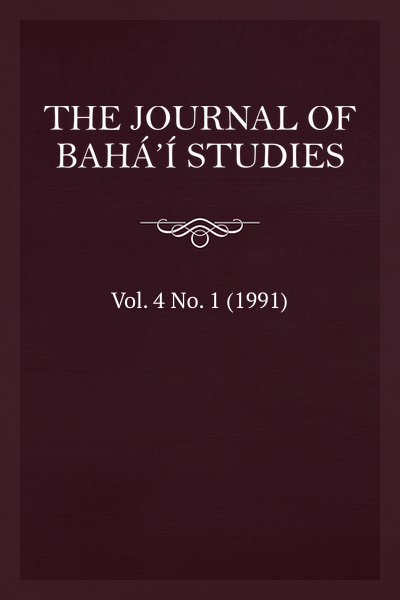 Rhetoric in the modern world is often associated with disputation and with less than truthful attempts to persuade.Classical rhetoric, however, in its urge to wed eloquence with the noble goals of philosophy, continues as a study to increase our understanding of human utterance and expression. Although Plato has historically been regarded as an enemy of rhetoric, he is seen here as an important contributor to its classical tradition. The figure of Socrates in Plato’s dialogues models a rhetoric of mutuality, a “pedagogical” rhetoric, which—especially when viewed from a Bahá’í perspective—demonstrates the morally nurturing nature of refined speech.

Bret Breneman received a BA in American literature from Stanford University, an MA in English literature from the UNiversity of Sussex, and an MAT from New Mexico State University as part of the Teachers' Corps. Mr. Breneman, who has lived in Hawaii, Singapore, Japan, and Micronesia, has taught English on many levels for almost twenty years and is the author of the children's book, Fly Away Home (Wilmette, IL: Bellwood Press, 1984). He currently teaches in South Carolina.