The 1844 Ottoman "Edict of Toleration" in Baha'i Secondary Literature 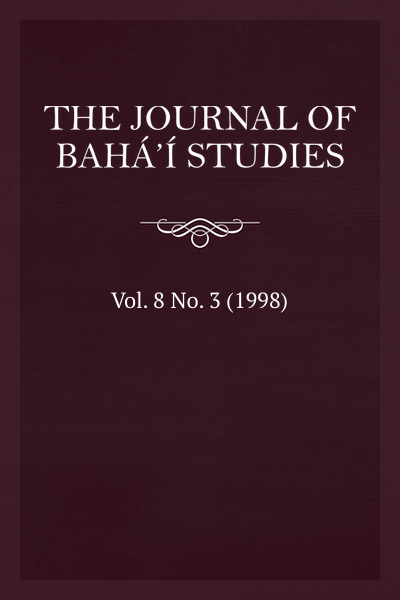 In Baha'i secondary literature, it has been commonly assumed that an Imperial Edict, referred to by Christians and Baha'i authors as the "Edict of Toleration" issued in 1844 by the Ottoman governement permitted Jews to return to Palestine. The return of Jews to palestine was widely thought by Christian to be an important event anticipated by bibllical prophecy and heralding the Second Advent of Christ. Since the fulfilment of such a significant prophecy seemed to have been made possible by an edict issued in the very year the Baha'i era began, the Edict naturally captured the interest of Baha'is. This article examines the Edict, its origin, the evolution of ideas about it, and re-evaluates its significance.