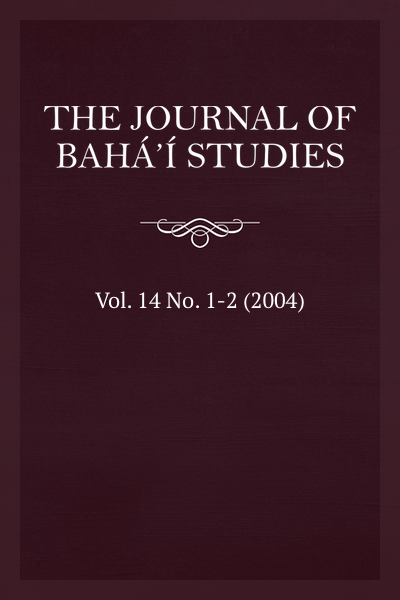 This article is not available to download at the present time. Please direct any inquiries to [email protected]

The Shaykh Tabarsí episode was the first of four major clashes that occurred between the Bábís and the Qájár state from 1848 to 1853. It is often portrayed as a Bábí attempt to subvert the ruling dynasty. Primarily on the basis of a reconstruction of the episode from previously unpublished eyewitness accounts and other sources, and an analysis of the objectives of the Bábí participants, the paper argues that the Bábís were not intent on revolt. Rather, other background and immediate factors leading to the conflict are examined: the atmosphere of increased public hostility toward the Bábís, the latter’s understanding of holy war, the political instability in the country, and the change of power that occurred shortly before the conflict.

This article is not available to download at the present time. Please direct any inquiries to [email protected]

Siyamak Zabihi-Moghaddam has a BS in electrical engineering and a BA and MA in history from the University of Copenhagen. He is the author of Váqi‘iy-i-Qal‘iy-i-Shaykh Tabarsí (Darmstadt: ‘As.r-i-Jadíd, 2002). He currently serves as a researcher at the Research Department, Bahá’í World Centre, Haifa, Israel.