The Religious State: A Comparative Study of Sixteenth- and Nineteenth-Century Opposition: The Case of the Anabaptists and the Bábís 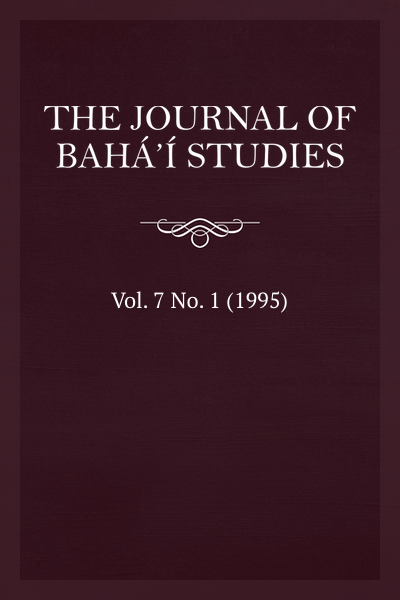 This article provides a tentative comparative study between the nature and persecution of Anabaptists in sixteenth-century Europe and the nature of opposition to the early Bábí movement in nineteenth-century Iran. In spite of the major differences in historical context, the study shows that charismatic religious reform movements even from such distinctly different historical periods and geographical regions could undergo similar developments, evoke similar responses from rulers and orthodox religious leaders, attract a devoted following willing alternately to fight to the death or suffer martyrdom, and construct an apocalyptical ideology. The article is divided into three part: First, it presents a brief overview of the nature of and opposition to the Dutch and North German Anabaptist movement of the sixteenth century. Second, it provides a similar survey for the nineteenth-century Bábís. Third, it tenders several conclusions regarding important parallels noted between these movements.

Gary K. Waite is a professor in the Department of History at the University of New Brunswick where he teaches medieval and early modern European history. his research and publications have centered on the nature of religious reform and popular belief in the sixteenth- and seventeenth-century Low Countries.