Review of The Covenant of Bahá’u’lláh and The Ministry of the Custodians 1957-1963: An Account of the Stewardship of the Hands of the Cause 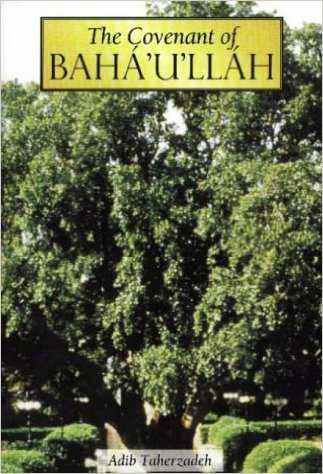 Succession disputes irreparably fractured both Christianity and Islam. How has the Baha'i Faith avoided significant schism, and what is to stop future division? Two books published in 1992, the hundredth anniversary of Baha'u'llah's Lesser Covenant, tackle these questions.

Professor Danesh trained in medicine at the University of Otago in New Zealand and at the Royal Melbourne Hospital in Australia. During his time as a Rhodes scholar, he received an MSc in Epidemiology at the London School of Hygiene and Tropical Medicine and a DPhil in Epidemiology at the University of Oxford. He was elected to the Fellowship of the UK Academy of Medical Sciences in 2015.

Since 2001, Danesh has been the Professor of Epidemiology and Medicine at the University of Cambridge. In 2004 he was made the Director, Department of Public Health and Primary Care and in 2018 John was also made a Faculty Member of Wellcome Trust Sanger Institute He holds a British Heart Foundation Professorship, a European Research Council Senior Investigator Award, and an NIHR Senior Investigator Award.

My research focuses on the relationship between mental illness and violent crime, the mental health of prisoners, and violence risk assessment. More recently, I have been investigating how to prevent violence perpetration and suicide in individuals with mental illness. This is funded by the Wellcome Trust as part of a Senior Research Fellowship in Clinical Science.

By applying epidemiological methods, our team has examined a number of key questions in the area of forensic psychiatry and psychology. Using population-based datasets and family-based designs, this work has clarified the contribution of the main neuropsychiatric conditions to violent crime. These studies, supported by systematic reviews, have challenged some widely held beliefs (e.g. that epilepsy causes violence), addressed areas of considerable uncertainty (whether schizophrenia increases risk) and highlighted neglected areas of risk (bipolar disorder, depression, and head injury). In addition, we have clarified modifiable risk factors for violence risk. This work has benefited from novel methods to account for confounding, and collaborations with disease experts and biostatisticians. The research on schizophrenia, bipolar disorder, attention-deficit hyperactivity disorder, and epilepsy has contributed to national clinical guidelines, and work on risk assessment to an Institute of Medicine working party and US Congressional Research Service report.

In prison health, our research has focused on the prevalence of mental disorders, addictions, and suicide risk. The work in suicide risk has applied new methods (e.g. interviewing near-lethal suicide attempts), and population-based datasets to study secular trends and risk factors. I have given evidence on older prisoners’ health to the UK Justice Select Committee and the Prisons Minister. This work has contributed to the recent WHO Handbook on Prison Health and WHO report on Preventing Suicide, and assisted in formulating prison policy in England and Wales.

We have also investigated adverse outcomes in released prisoners, including rates and risk factors for premature mortality and repeat offending, prediction models and associations with major psychotropic medications.

My principal collaborations are with the Medical Epidemiology and Biostatistics Department at the Karolinska Institute, Department of Primary Care Health Sciences at Oxford University, the Centre for Suicide Research in the department, and more recently Universities of Birmingham, Manchester, Edinburgh, and Melbourne, Kings College London, and Simon Fraser University.

I am a member of the UK's Independent Advisory Panel on Deaths in Custody. I am Section Editor for Forensic Psychiatry for BMC Psychiatry and Evidence-Based Mental Health, on the international advisory board of The Lancet Psychiatry, and previously sat on the advisory committee of the South Central RfPB committee and was the external examiner for the Forensic Psychiatry MSc at IOPPN.

I was the expert forensic psychiatrist appointed by the UN-sponsored Khmer Rouge Tribunal to assess the fitness to plead and stand trial of the defendants in Case 002.

Clinical work includes sessions for Oxford Health NHS Foundation Trust as a visiting psychiatrist at a local prison. Previously I worked in low and medium secure hospital settings. I was appointed consultant forensic psychiatrist in 2003.

More broadly, I have tried to communicate our group's research findings with the general public and clinical colleagues. For media work and podcasts, see: http://www.psych.ox.ac.uk/research/forensic-psychiatry