Reflections on the Spiritual Dynamics of the Bahá’í Faith 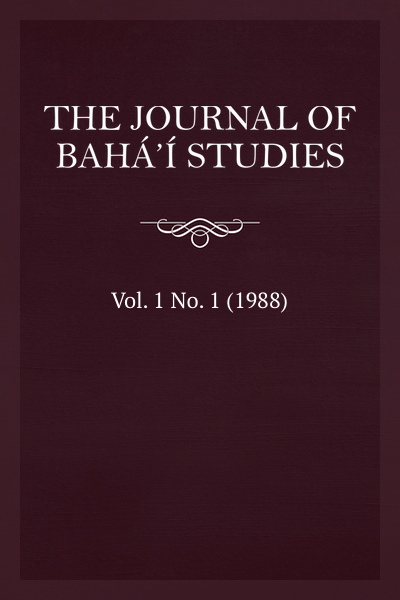 True spiritual force has the power to change matter. The spiritual force released by Bahá’u’lláh has the power to change the entire world. Humans, unaided, cannot understand the fundamental problems of mankind; a prophet like Bahá’u’lláh gives us the power both to understand human problems and to correct them. Values do not derive from the individual but from the central Force of the universe: God. Only the religious mind can place moral issues like sin and death in the context of the realities of the universe. The acquisition of virtues such as a love of order, moderation, obedience, and humility are among the requisites for preparing the human heart for the new society Bahá’u’lláh’s teachings will bring. However, religion should be practical and other-oriented, not mystical and introspective. The spiritual force released by the good actions of believers has a more pervasive influence than the same action of a nonbeliever. The gathering together of Bahá’ís in prayer will augment these spiritual forces and dispel ignorant ideas of religion.